The Emergence of LED Lighting

LED lighting came into existence not just as another lighting type but as an exceptional lighting solution that keeps breaking through several lighting challenges. Its growth in the lighting industry has been massive and undeniable.

The continuous growth of LED lighting is traced to both aesthetics and functionality. With an energy consumption that is 75% lower than the incandescent bulb, low temperature, and 25 times longer life span, who wouldn’t choose it above other kinds of lighting?

The Peculiarities of LED Linear Light

LED linear lighting is one of the catchy LED light types that has grown from basic conventional usage to extremely diverse, interesting, and attractive usage in the past years.

When people initially became aware of LED linear lights they had a rigid perception about its application. It was initially streamlined to building border lighting, perimeter lighting, and other simple decorations.

However, as materials became more accessible, research became more intense, and manufacturers including Potato Lighting started coming up with more sophisticated LED linear designs that can be used for diverse applications indoor and outdoor in both residential, industrial, and commercial spaces.

LED linear lighting is now breaking rules and mindsets placed around it!

In the earlier years, particularly the 1900s, Lighting long and large spaces which are usually commercial or industrial spaces was difficult. The use of incandescent bulbs of fluorescents could not cover the need for a better lighting solution because they lacked certain characteristics that the LED linear lighting has effortlessly provided.

Using fluorescent lights for long spaces back in those days left dark spots between fixtures because the luminaries couldn’t be linked together. LED linear lights are now the people’s choice because of several revolutionary features that it has that manufacturers are taking good advantage of.

Some of these characteristics include:

Over the years, people have tried out different techniques to activate different moods using lighting to gain certain emotional reactions from people present in a particular space.

These needs are evident in buildings like the cinema, theater room, clubhouse, hotel rooms, and even in the bedroom in homes. The possibility of any kind of lighting to create mood scenes is dependent on features like intensity, color, direction, and contrast.

With LED linear lights, there is a wide range of color temperatures and intensities to choose from. LED linear lights can also be arranged in different ways to influence lighting distribution and shadow placement which contributes immensely to setting the mood of any place.

Currently, there are now remotes from which you can have a holistic control of the LED linear lighting mood of your space. Mood settings are also now being pre-programmed such that the lighting production of your LED linear lights can automatically switch between different levels of intensity and color at different times of the day.

These mounting options are not just of benefit to the aesthetics of a place but also to the functionality of such space. An example is that when suspended LED linear lights are used in places that have a higher ceiling or double-height areas, it helps to take advantage of the extra space for indirect lighting distribution.

Because of the different mounting options, LED linear lights can perform perfectly as an ambient, task, and accent lighting source.

In the earlier years when a LED linear lighting fixture had some fault which could be from some LEDs or an internal driver, the whole fixture might not work until there is a complete replacement of the whole fixture.

Do not be mistaken to think that LED linear lighting is restricted to only long singular straight rows of light because the trend has long broken that limitation. LED linear lights now come in curves, arcs, and even twisted forms.

You can deduct that LED linear lights have a level of strong flexibility that allows them to be twisted or curved into different shapes and sizes. This is as a result of the fact that LED linear fixtures can be connected seamlessly, so there is a possibility of producing all sorts of unique, catchy shapes that can show off an organization’s culture or branding when used in a commercial or industrial space.

The amazing characteristics of LED linear lights that have made it outstanding also make it a point of interest for manufacturers, architects, project managers, constructors, and others who are consistently on their toes, providing solutions to lighting challenges as technology advances.

LED Linear Lighting solution currently fits into lots of applications, however, it still keeps getting better while following some notable trends that we already notice. Some of which include

LED linear lights can be integrated into the track lighting system. Because of its versatile, flexible, and stylish properties, it works effectively as track lights as they can be cut, adjusted, or upgraded to meet the track lighting needs at different times.

Introducing the LED linear system to the tracking system helps to achieve a lot of desired lighting effects for different spaces.

One of the dynamic innovations of the unstoppable advancement in Lighting technology is smart lighting. Where the lighting system of a home, commercial, or industrial space can be controlled from one centralized location which is usually an application on a smartphone.

Smart lighting works using Mesh Network, such that each light luminaire is wirelessly connected and then the mesh network is controlled by a hub that is connected to your router. Your router enables your network services and so your phone or your tablet and other smart devices that can receive the application can be used to control your lighting system.

LED linear lights can stand as a potential kind of LED light that can be used for a smart lighting system. With smart LED linear lights you can easily control the colors and intensity of your light from your phone or even with your voice.

Some smart lighting systems enable GPS, this is called ‘geofencing’. It works in a way that when you are some certain distance away from home your lighting can come on or off depending on how you set it up.

There are a lot of interesting possibilities that can be achieved with Smart LED linear lighting as technology advances.

The words ‘ Architectural lighting’ came from the notion that architects can now use LED linear lights to highlight asymmetrical architectural features and lines unlike before where linear lighting could only be used for predictable symmetric patterns and lines that were  in sync with vaulted ceiling or grid axis.

This means that lighting manufacturers and designers are moving off from the usual parallel row designs and are coming up with any design pattern they like, to draw focus to the asymmetrical features of an architectural structure.

Now LED linear lighting can be applied to more spaces in different unique ways. LED linear lights are now designed into Zig Zags, extremely twisted snake like patterns, and other patterns that asymmetrically link walls to ceilings and ceilings to floors or link all three (walls, ceilings, and floors)

These types of lighting are known to trigger the creativity of people around and so they would most likely make a huge deal of impact in office spaces going forward.

To wrap this all up, the technological advancement of LED linear lights is not stopping anytime soon as manufacturers including us at Potato Lighting will keep taking great advantage of the revolutionary characteristics of LED linear luminaires to come up with LED Linear lighting solutions not just for aesthetics but majorly for functionality.

Are there other future trends of LED linear lights you can think of? Tell us about it and let’s chat in the comment section.

Thank you for reading through. 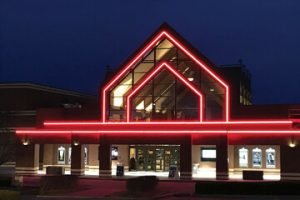 RGBIC VS. RGB: A Complete Guide

If you look at the variety of lights around you, you will have plenty of options to look forward to. Especially if you have seen 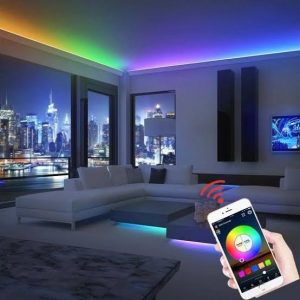 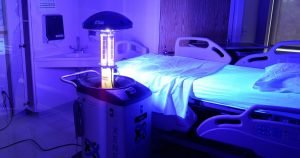 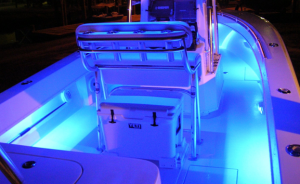 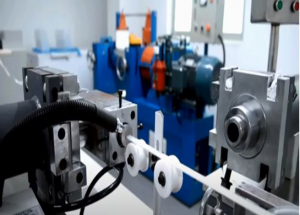