The LED Linear Light Suspension: How and When it can be used

Suspended lighting is when lighting luminaires are hung to the ceiling with chains or ropes. This type of lighting is used in ultra-modern buildings or commercial spaces when there is a desire to project a dramatic, creative and attractive feel.

Suspended lighting is a switch up from the usual recessed lighting types.

It is perfect for spaces with high ceilings or irregularly shaped architectural structures as it can be used for the three types of lighting.

Suspended LED linear lights involve the use of LED technology in linear luminaires. It has been one of the most demanded and used sources of lighting in commercial industries, this is because of its outstanding benefits.

Compared to other types of LED linear lighting, the versatility of suspended lighting makes it a great option when it comes to a lot of lighting challenges. It comes in different shapes, sizes, colors, designs, and fixtures that produce different effects depending on how they are used.

You are likely to find at least one type of suspended LED light that will fit in and solve any illumination challenge you have.

Suspended LED linear lights can be suspended at different heights to achieve different purposes in a space. To use suspended LED lights for general or ambient lighting, it is best the suspension height should be short and closer to the ceiling. This way it projects a wide range of lighting all over the room and makes it easy to navigate.

When it is suspended much lower or further away from the ceiling it serves the purpose of task lighting as the light produced becomes more directed at a particular part or section of a space.

LED lights are well known for their energy efficiency as they produce better lumen output compared to the energy they consume. Suspended LED linear lights have top-quality color renderings and color temperatures and they are able to perform so well without large energy consumption.

Although they might seem more expensive than other lighting options initially, the energy they save and how long they last compared to other options, cover

up for these at the end of the day.

Apart from how useful suspended LED lighting is as regards versatility and energy efficiency, it also brings aesthetics to the table. Suspended LED lights can be used to create very catchy designs to suit any space.

For large spaces with high ceilings, suspended LED linear lights of different shapes can be arranged in isolation or in clusters to create a unified or a dramatic effect while still providing sufficient lighting for the whole space.

Ways In Which Suspended LED Linear Light can be used

However, you can use direct-indirect led light if you want to achieve both task and ambient lighting in your kitchen.

An isolated LED linear light can be suspended over a receptionist’s desk to call the attention of visitors who are walking into the building for the first time.

This serves as a kind of accent lighting as it directs the eyes of people to a particular area.

Taking structured quality breaks in between work is known to have a great effect on productivity. This is why it’s important to thoughtfully create relaxing break-out areas at work.

The lighting of such places play a huge role in setting the mood. Using suspended LED lighting of different shapes, lengths, arranged in clusters or in solitaries can boost the relaxing and creative feeling of a workspace break-out area.

In work areas where a large number of workers are sharing a single workspace, it’s important there is proper brightness to aid productivity. Direct – indirect LED linear suspended lights can be used so that they can serve as both general lighting and task lighting.

A properly lit workspace is known to boost workers’ morale and motivate them to perform better compared to dull work areas.

Conference halls are usually diversely used for different purposes. Using Suspended LED linear lights for the center of the ceiling directly over the table is an excellent choice to aid easy reading of meeting brochures and other materials.

Using suspended LED lights that have dimmable functionality is even better in case of presentation using projectors. Depending on the nature of meetings, the lighting can be adjusted to the desired level.

Lighting a cinema involves a whole lot of planning because the architectural structure is usually built to be as creative as possible from the lobby to the stairs to the hall and even the stage. Lighting sets the mood.

Lighting used in the cinema should have a dimmable functionality so that it can be adjusted to the level needed depending on activities.

Proper lighting is an essential factor in factories. It aids productivity and ensures that the working environment is safe. Some factories are really big and have minimal exposure to natural lighting and can seem dark even during day time because of the number of machines and workers in it.

It is important to pay attention to the type of general lighting used in factories so that work processes can be carried out in areas bright enough to prevent collision or injuries.

Because LED lights have color rendering indexes that can be close to daylight, it’s a great option for commercial stores or shopping malls as people will be able to see the real colour of items just like they would under daylight.

Let us know if you have any questions in the comment section. Flex neon lights are pretty famous and for the right reasons. They come in a range of colors and last for a long time.An LED 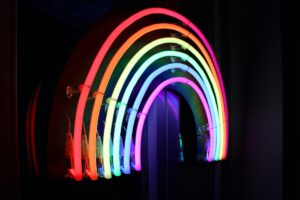 There are so many benefits of neon flex lights. The advantages make most people consider them instead of traditional lights. Neon flex lights win because 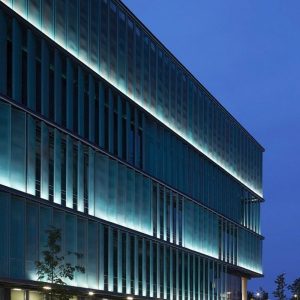 Facade Lighting A facade is more than just an outdoor area, it reflects the personality of an architectural design and that of the user. And

There is an evident, highly growing demand for LED neon strip lights and the reason for this can be traced to how it has come 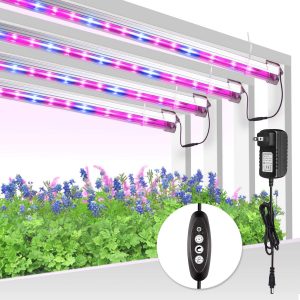 LED grow lights are artificial lights that can be used to help plants grow indoors. The concept of LED grow light is an attempt to 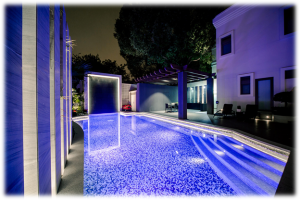 Things To Consider When Choosing LED Lights for Outdoor Spaces

Outdoor lighting should be prioritized as much as indoor lighting. Your outdoor space is the first place people get to see and experience before they